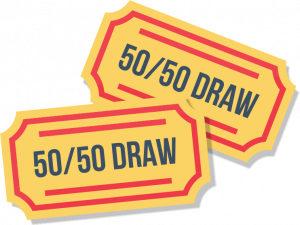 The Sheppey United Independent Supporters Association run a 50/50 raffle at The Total Power Stadium Holm Park, with half the money going directly to the club, and half been given away to draw winners in prize money.

The team of sellers from the Supporters Association tour the stadium before the games kick off, selling draw tickets to supporters.

The draw then takes place at half-time, with one lucky ticket-holder claiming the jackpot of half the winnings, with the other half being donated to the club.

Huge thanks to the sellers for their hard work in raising funds for the club and for helping to create a bumper jackpot for one winner at every match, and thanks to all that take part in the 50/50 Draw!