LAMBERT FLIES IN FROM THE CROWS 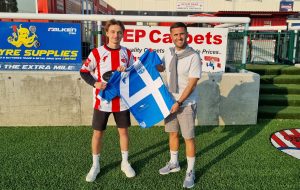 The Tonbridge Angels Academy product caught the eye of the Ites management team last season as well as many fans – AKA “The Crowborough #10”. Lambert comes with many attributes including the ability to identify gaps in the open play and form attacks.

Last season across the SCEFL Premier League and the SCEFL Cup Lambert played a total of 37 games, scoring on 16 occasions. But now the attacking player will step into the Isthmian league as a Sheppey United player.

Sheppey United Assistant Marcel Nimani was glad to bag another target from the shortlist, “Jacob stood out to us in the earlier parts of last season and in our view he went on to perform consistently through the campaign – possibly one of, if not the best young player in the league.

“Jacob is a young talented player maker who is extremely gifted on the ball and shows great intelligence off-the-ball with his movements.

“We watched him play a number of times last year and if he can perform as well as he did against us in those last two games, he will be a great addition to our squad.

“What was the most encouraging thing about Jacob, after the final, our own players were talking about him and asking to get him in for the new season!

“He had a great season with Crowborough, who clearly have done a fantastic job with him . He is a player that will compliment the way we play and I am confident he would be a great addition to us – Welcome Jacob.” 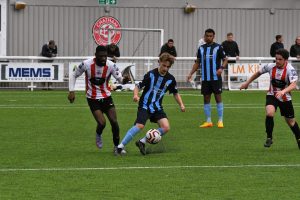 Want to sponsor Jacob Lambert next season? For a fee of £100 you will get:

Next Story:
ALL THE BEST TO DASOFUNJO, DOLBY & OLDHAM