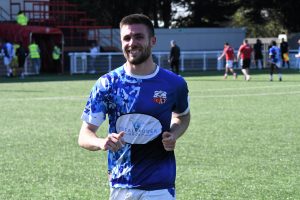 The former Gillingham FC scholar and Herne Bay winger needs little introduction to the Ites fans having been a firm favourite with the supporters during his two seasons at the club. During the 2019/20 season Danny appeared 36 times with a goal return of 16 – from a wide position, and not also forgetting numerous assists for the side too. The 20/21 season was ended prematurely due to Covid, but Danny’s 18 appearances, 6 goals and assists went a long way to putting the Ites in a strong promotion position at that time.

After spending last season with Dartford, Danny returns to the Ites where its not only more suited to his personal commitments but a place he can call ‘his Holm’. With pace, ability to run past defenders, deadly crosses and a constant goal contribution these were some of many reasons why Danny was always a name the Ites supporters wanted to see back at Holm Park – and now following some hard work behind the scenes Danny will once again be wearing the red and white stripes of Sheppey United.

Speaking about his return Danny said “I’m glad to be back, its a great club and one I have fond memories of. I’ve kept in touch with a lot of the lads and was always looking out for the Sheppey scores last season. I cant wait to get out on that pitch again”

Marcel Nimani was over the moon to see Danny Leonard return, “We have been very selective this time round compared to last season as our aim has been to keep the core of the squad.

“But we also had a small shortlist of key players to bring in that we know will push us on even more as a squad – and Aiden Prall and Danny Leonard have been part of that list which we wanted to bring in for next season, and to land them both is fantastic as they were top, top targets and our priority.

“So we’re absolutely delighted to have Danny return to us – he’s a fantastic player who knows the club and our philosophy very well. He will be a great addition to our side and we look forward to welcoming Danny back with us.

“I’d also like to thank our chairman Matt Smith who took a lead role on the transfer and contract papers as that alone took a lot of patience and experience.

“As we are getting closer to the start of pre season, we will be looking to reveal one or two more players soon” said the Assistant Manager.

A full interview will be on our YouTube channel soon. 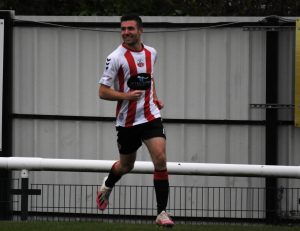 Want to sponsor Danny Leonard next season? For a fee of £100 you will get:

Next Story:
LAMBERT FLIES IN FROM THE CROWS