JACK IS BACK INTO ATTACK

Striker Jack Midson has agreed terms to extend his playing career with the Ites for a third season. 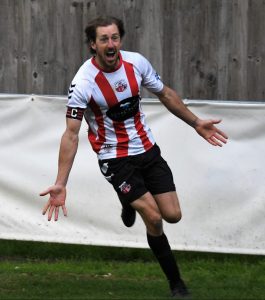 Former AFC Wimbledon and Oxford United forward Jack Midson joined the Ites for the 2020/21 season. During the season that was cut-short, “Mids” hit 10 goals in 18 games- including that winning goal away at Corinthian FC that the Ites fans still sing about now.

Last season Jack was in sharp form going into the 2021/22 season having topped the goalscoring charts in the post-lockdown tournament. When the season started for real Jack was soon up to 13 goals by October, including scoring a perfect hat-trick against Lordswood. However, an injury away at Erith Town would then be the start of a long term injury which ultimately required surgery and ended his season. Jack was however still present at most games, helping the coaching staff and offering advice to the squad.

After confirming he was committing to another season, Jack said “The club have been fantastic to me and I’ve really enjoyed my time with the 1st team playing – and then coaching when injured. Working with the youth team has also been great to help bring some of the next generation through.

“I’m more than happy to stay and play at Sheppey United and help them on their journey.”

Assistant Manager Marcel Nimani was glad Jack committed for a third term, “It’s fantastic to have Jack here for another season on the field playing his football. Jack is great to have around both in terms of playing or in a coaching capacity as he has so much knowledge and experience to share – and on top of that he’s a fantastic guy to work with.

“As a player and despite our success last season I felt we missed Jack in huge parts of our game as he’s very complimentary in the way that we play. His tactical and technical ability really brings the best out of the team and we’re hoping with a good pre-season Jack goes back to the same levels as before his injury. If Jack does get back to those standards then he will play an integral part.

“Just looking back as his previous season, Jack was right up there on the scoring charts. We had the lockdown tournament in which he was the top goalscorer and then when the league started he was right up there too – so in those short spells he’s always been at those top levels. But Jack isn’t just a finisher, he’s also a playmaker and is always involved in the build-up to chances we create and the goals that we score.” 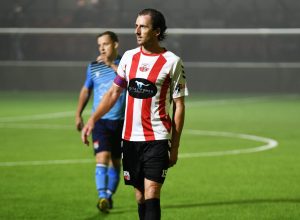 Want to sponsor Jack Midson next season? For a fee of £100 you will get:

Next Story:
NEW REPLICA SHIRTS & NAME ON AWAY SHIRT ON SALE – NOW!