IT’S A FOURTH SEASON FOR RICHIE

Midfielder Richie Hamill has agreed terms to extend his stay with the Ites for a fourth season. 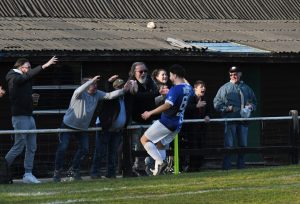 Richie first joined the Ites for the 2019/20 season chipping in with 3 goals from 40 games and soon became popular with the supporters with his range of passing from the middle of the park. The following season Hamill would again play a key part before Covid cut-short the campaign, limiting the midfielder to 17 games and 2 goals.

Last season Hamill would again play a key role – 48 appearances, 3 goals and a win success rate of 89.58% in the games he featured in demonstrated what a key player he is to the squad. Furthermore, on the 6th April 2022 away to Sutton Athletic, Richie played his 100th game for the Ites and is currently the player with the most Sheppey games under his belt within the squad.

After confirming he was committing to another season, Richie said “It was an easy decision to stay at Sheppey, it’s great club that’s going places.

“I’m looking forward to building on what we’ve done over the last few years with hopefully another successful season. Up the ites!”

Assistant Manager Marcel Nimani was pleased Richie committed for a fourth term, “It’s excellent retaining Richie, he’s one of our longest serving players – and a player committing to a fourth season at this level is rare these days.

“Richie is a great talent, we call him the Sheppey Pirlo within the changing room as he’s a delight to watch, which combined with his loyalty and excellent attitude makes him an important player for Sheppey United – We are looking forward to working with Richie for another season. 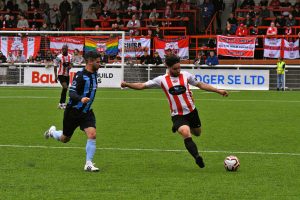 Want to sponsor Richie Hamill next season? For a fee of £100 you will get:

Next Story:
RUBBER STAMPED: A2 TYRES CONTINUE SUPPORTING THE ITES