FAREWELL MOLLOY & NORTHWOOD – AND ALL THE BEST 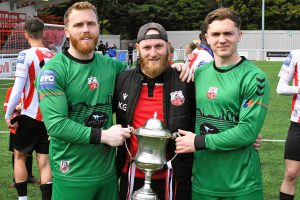 Adam Molloy joined the Ites for the start of the 2020/21 season and soon become a popular figure within the changing room and with the supporters. Although the season ended prematurely Adam played 15 games that season keeping 4 clean sheets and conceding an average of 1.27 goals.

Season 2021/22 would see Adam rack-up the clean sheet total, 26 from 51 games at an average of 0.76 goals conceded per game. One game that really stood out would be his performance against Chatham Town at Holm Park where his outstanding effort helped turnaround what was a losing position to a vital victory.

Assistant Manager Marcell Nimani had nothing but praise for the keeper, “Adam leaves us having been part of a historic season and his efforts will always be remembered as part of that. I’ve loved working with him over the last two years, he’s very professional on the training ground and has a great sense of humour.

“Adam has also been a great role model for our younger keepers, always on hand to offer advice. He’s a fantastic guy, will always be welcomed at the Club and is someone I personally will miss. We all wish him all the best for the future.”

Adam Molloy wanted to also pass-on his thank you’s and best wishes, “After what will undoubtedly be the most successful season of my career, unfortunately my time at Sheppey has come to an end.

“I would like to thank the club, management, players and especially the fans for making this one of the most enjoyable seasons I’ve been a part of. A huge shout out to all the fans behind my goal week in week out. I really will miss you all! Wishing the club all the success in the future.”

In all, Adam played 66 times for the Ites. 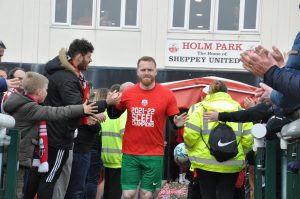 Liam Northwood joined the Ites during the 2021/22 pre-season, making his competitive debut at home against Rochester United in a 4-1 victory during September. His first clean sheet would follow a month later in a 4-0 victory over Tunbridge Wells. Liam also went out on loan to Cray Valley during the second half of the season where he impressed.

Liam finished the season playing 7 games for the Ites and keeping 2 clean sheets.

Marcel Nimani paid tribute to the youngster, “Liam had an outstanding debut season with us. Although he’s young he comes with a very professional mindset and is a person who I really enjoyed working with – I’m confident he will go on to become a solid number one keeper. We look forward to watching him progress, all the best from all the management team”

Similar to Adam Molloy, Liam also wanted to say, “Thank you to everyone who supported me over the last season, it was great and I really enjoyed the experience.” 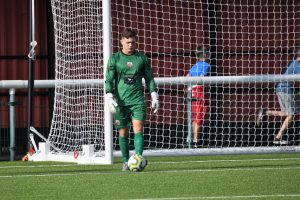 Tonight we will bring you news on two confirmed players for the 2022/23 season – and next week, further news on incomings.

Next Story:
RETAINED HAGAN: THIS CLUB FEELS LIKE HOME