Sheppey United are delighted to announce the re-signing of former Ivory Coast Under 21 player Helge Orome.

Comfortable playing in defence or in midfield, Orome has played for Bromley, Cray Wanderers, Grays Athletic, Lordswood and was club captain at Whyteleafe up to the end of last season, having served there for 3 seasons.

A summer move to Sheppey was shortlived halfway through the post lockdown tournament with Orome instead signing for league rivals Glebe as captain. But now Orome is back with the Ites and will be available for selection tonight against Lordswood FC at Holm Park. 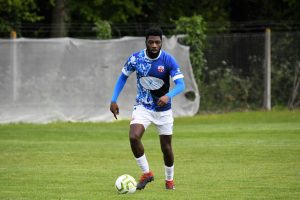 Assistant Manager Marcel Nimani said “I am extremely pleased to have Helge back on board with us.

“He had a brief spell with us during the summer and due to circumstances he decided to play his football closer to home.

“During that short spell we built a great relationship with Helge and as the circumstances have changed, Helge has decided to join us.

“He is a versatile footballer who can operate in a number of positions, with central midfield being his stronger one.

‘We are getting a good technical footballer who’s athletic and will bring bundles of energy and leadership qualities – All valuable attributes as we look to put in a competitive run for the league.” 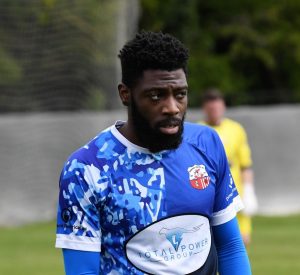 Orome will wear squad number 2 and you can sponsor him by emailing commercial@sheppeyunitedfc.co.uk

We’ll grab an interview with Helge Orome over the next week which will be available on our ItesTv YouTube channel.