Getting to know – Mike King 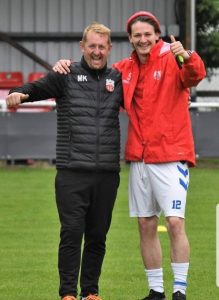 As we build-up to the new season it provides us with the opportunity to delve into the roles of the backroom staff and share with you the hard work and dedication they put into our Club, today it’s the turn of Mike King.

Mike’s involvement with football goes back to his youth days, where as a young player he advanced through the youth ranks at Sittingbourne FC. Impressive displays soon meant Mike was representing Kent and honours to his name include Kent Schools Winners in 1995 and the Kent Cup of 1996.

After the playing days were over a passion for coaching was established through his love of the game and a willingness to help youngsters in their development. Once appointed and settled into the role of Sheppey United’s Under 14s Manager, Mike was eager to still learn more about coaching and improve his experience and knowledge so he could pass it on to his U14s side. This drive for success was noted and following a discussion with the management team Mike was offered a coaching role with the senior team and he’s been relishing the extra responsibilities. Mike added, “It’s been a great experience for myself, everyone at the club is fantastic”.

The hard work has paid off – The U14s recently won the Kent Youth South League along with title wins for the U13s and U16s too. The U14s won 15 out of 15 games! 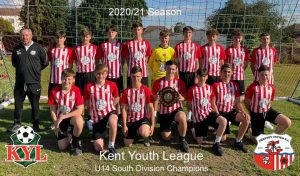 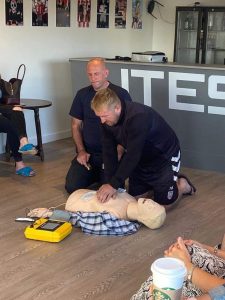 As we know, events at Euro 2020 demonstrated the importance of knowing CPR and how to use a defibrillator so Mike along with fellow coaching staff and youth players recently took part in some training at the stadium.

With so much time put into football it’s hard to think how Mike finds time with his beloved family whilst also working as a scaffolder, but somehow he manages it. On a first team front, Mike has praised the coaching staff and the close bond they have between them. Mike went on to say that all of the players have been brilliant with him – there may also be a soft spot for Billy Bennett who is his favourite player. When quizzed on a favourite game with the first team Mike said the FA cup win against Welling United will live long in the memory. 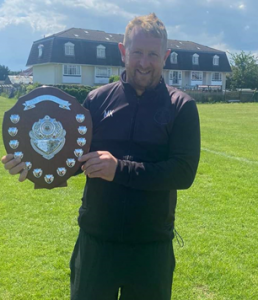 Next Story:
Getting to Know – Charlie Himbury