From the Dugout – Marcel Nimani 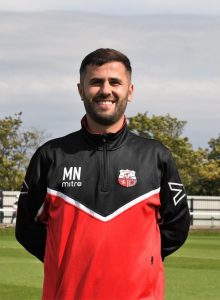 Greetings to all ITES fans,

We concluded our pre-season calendar with the last match on Tuesday night, away to Ramsgate.

We feel that we’ve had a great pre-season with some of the key highlights being some great performances away to Margate, Sittingbourne and Ramsgate.

The players have trained extremely hard throughout this journey and are now ready and prepared for the season ahead.

From previous reports we have put a lot of emphasis on the new recruits and now I feel that it is time to announce that we have also managed to retain most of the key players from last years squad. For an up to date squad list, please check our website. I feel that by retaining the nucleus  of the last years squad it will give us the consistency in performances and results which at times we lacked last year

We begin our season on Tuesday, 1st of September with a home game against Sutton Athletic

I hope to see you all there