SUFC are pleased to announce Dan Birch has joined the Ites. Here’s what the commanding centre-back had to say.

Can you give a rundown of your playing career?

My playing career history is pretty straight forward, I played for Ebbsfleet as a young kid until I was 12 and was at Charlton from 12 up until about 4 months ago, spending a year there as a professional.

News was you were signing for Herne Bay, talk us though how the move to SUFC happened?

With regards to the news about Herne Bay. I played there for a month to get some match fitness after coming back from a bad knee injury at Charlton. The move to Sheppey happened as my old managers at Herne Bay recommended me to Jono and he got in contact with me, and after coming down and playing in a game I could see the ambition of the club and the set up was professional and top class especially for this league.

What is your impression of the SUFC setup?

As I just said in the last question, I think the pitch is second to none, hands down one of the best pitches I’ve played on and I’ve played on a few Premier League pitches as well! The fans turned up to the pre-season friendly against Sittingbourne and there was 421. For my first game at the club it was pretty impressive.

What are your thoughts on Sheppey compared to the strength of other SCEFL teams or who do you think will be competing this season?

With regards to Sheppey, I had a little look at the league table at some point in March as I had friends at Corinthians and I see Sheppey was up there competing. I think we will be good competition with whoever we play and since young I have always treated every team the same, top or bottom, so I’ll take every game the same.

Have you played with anyone from the current Sheppey squad in the past?

From the current Sheppey squad I haven’t actually played with anyone seeing as I’ve been at Charlton for the last 7 years! However, I do know Daz Cooper from a mutual friend of ours and we get on well!

What strengths do you have that you can bring to the team?

I am a leader. I have always been a vocal centre back and I command my back 4 and lead the team. I read the game very well and cover in when I see danger. I am very comfortable on the ball as I have been taught to play out from the back. I am an aggressive centre back and I will make sure any striker I play against this year will know in the first 5 minutes of every game they will have a torrid time for the other 85 minutes!

Do you have a nickname that previous teammates called you?

My most common nickname would be Birchy. However a couple of the boys would call me Birchinator as I have a habit of smashing people that they don’t want to come close for the rest of the game!

It might be too soon to ask but had Ernie asked you to perform a certain role on the pitch?

I’ve had chats with Ernie about what I think I can bring to the club and he just asks that I use my experience from playing a good level of football at Charlton, regardless that I’m 19, and lead the boys and make sure I organise that back 4 so that we are a wall that no team can get past.

How have you found the friendlies/training?I played in the game against Sittingbourne the other night which resulted in a 0-0 draw and I think the team played well and deserved more from the game. We played some good passing football and it was good to watch in my opinion.

Do you have a message for the SUFC supporters?

The message I have for the SUFC fans is that they can expect a player to leave everything out there on field, nothing less than 110% every week, I’ll always be trying. Also, up the Ites!!

Thanks Birchinator, I’ll be back for a catch-up in the new season!

This Saturday we host Gillingham FC! 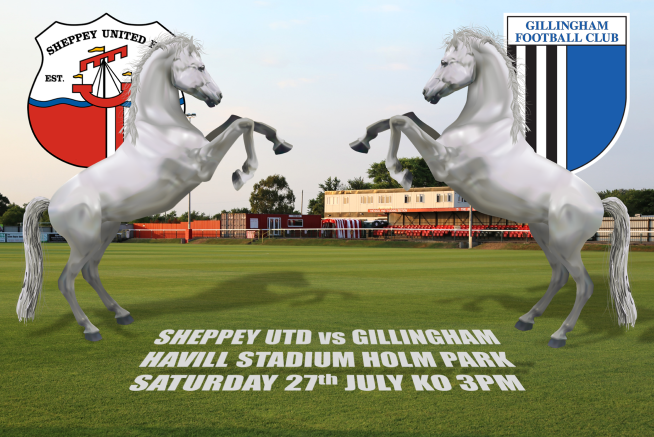