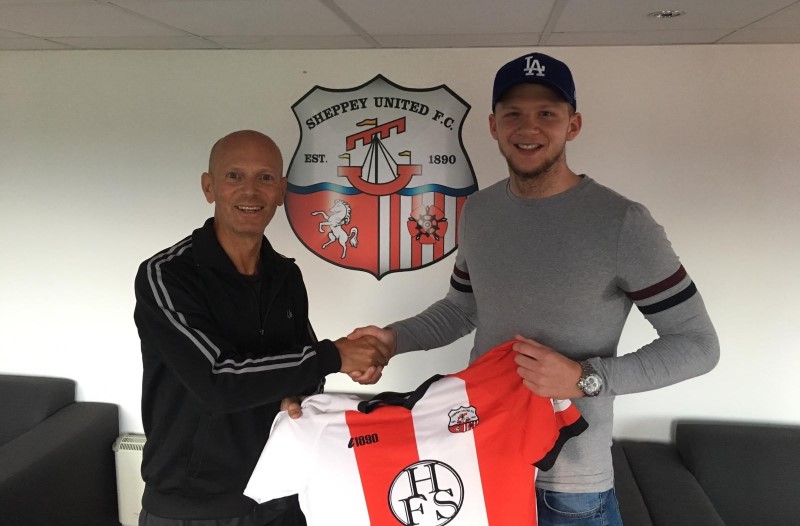 Today we spoke to Jez Hammond after the recent announcement of him joining the Ites.

So, can you give a rundown of your playing career history?

At youth level I played with Chatham town and Lordswood and then only decided to move to play at a higher level at the start of last season, I went for a trial at Bearsted reserves and Kev Stevens (the Gaffa) put me straight into the first team where I felt very comfortable and realised I was good enough to play at this level, I then moved to Beckenham hoping to achieve promotion where we had a frustrating end the the season.

What was the deciding factor in you joining the Ites?

After playing against Sheppey last season I thought that this would be a great team to play for and then I got a call from Jono a couple weeks ago and I made my mind up almost straight away, I tried to play it cool but I think even Jono knew I couldn’t wait to get involved.

Having played against the Ites, what was your impression of the Sheppey United?

I don’t think I’ve played against a club with such great support, the club is run so professionally and the pitchg is immaculate it was like playing in a cup final.

What are your thoughts on the forthcoming preseason games that are lined up?

Some good games in there, especially looking forward to the gills game, I lost to Sittingbourne in the fa cup last season so would be good to get a bit of revenge there.

Have you played with anyone from the current Sheppey squad in the past?

I played with Ryan Golding at Bearsted, I’m not sure if he’s still there but I think that’s it from the current squad, I’ve played with a few ex-players that have said it was a great club to play for.

What strengths do you have as a centre half that you can bring to the team?

I’m very dominant in the air and scored a few goals last season, I’d like to think I read the game very well and I’m quite quick for a big guy.

Do you have a nickname that previous teammates called you?

It’s hard to find a nickname for a 3 letter name but a few of the boys used to call me Jezza.

Has Ernie asked you to perform a certain role on the pitch?

I met with Ernie last night and he told me he wants to build a strong spine to the team which he wants me to be a part of, I’m sure will talk about it more as pre-season starts.

Do you have a message for the SUFC supporters?