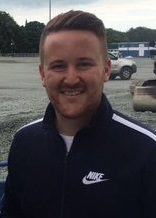 Sonny has this to say:

“I’m really excited to be linking up with Ernie at Sheppey United. I’ve known Ernie and Ian since our Milton Athletic days. I’m really looking forward to helping push the club in the right direction.”

“My playing background includes stints in both the Charlton Athletic Academy and Millwall’s Academy. Coaching wise I had 4 successful years with Maidstone Untied in their youth set up, with several players signing for pro clubs and going on to represent the Maidstone first team. I then joined East Grinstead Town in the Ryman South for almost 2 seasons. I then linked up with Darren Hare and Steve Watt at Hastings for 1 season in which we finished in the play offs eventually losing to Dorking on penalties in the semi final! Steve Watt was then appointed Margate Manager and asked me to become a member of his management team for last season.”

…Welcome to the club Sonny!