Ernie – Under the hat (Cray Valley PM Away) 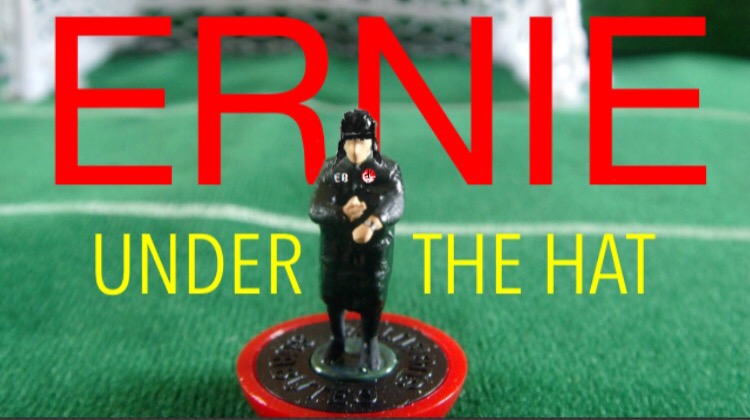 Sheppey are through to the First Round Proper of the FA Vase hosting Fisher after beating Tunbridge Wells 5-1 in the Second Qualifying Round Replay on Tuesday night. What were you thoughts after the match?

I was very pleased with the performance, we deserved the win. We took our chances and scored great goals. It was just a great team performance.

Budd picked up an injury just before half-time and was substituted early into the second half with Harvey replacing him in goal. How is Budd?

He will be side-lined, he damaged his quad taking a goal kick.

Who will be in goal tomorrow?

Josh Glover, he played in the Ryman North last season for Dereham Town but has recently moved to the area. Tom Benham has also signed to provide additional cover.

How did you rate Harvey’s appearance in the sticks?

He didn’t have a lot to do, the defence covered him well but he made one good save and ran out the box to win the ball.

Who is unavailable tomorrow?

Darren Cooper picked up a groin injury on Tuesday night.

Tom Brunt could be back tomorrow.

Given the good performances recently, have you seen anything that you want to work on in training?

There’s always improvements to be made, there’s been a lot of new faces this season that need to gel, defensive work and set pieces, and it’s an ongoing thing.

With James Collins taking over at Chatham, and Brad Sandeman following him as assistant, will you look to replace Brad?

We knew it would be temporary until if or when James Collins got a managers job. Brad is a great defensive coach but we are in no rush as it’s got to be the right person for the setup we have and fit in with me, Barry and Geoff.