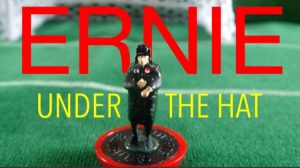 Did you think 7+ minutes of injury time was warranted against Lordswood on Tuesday night?

No, mental, when Lordswood went 1-0 up in the first half, their Goalkeeper was taking ages to retrieve the ball and take a goal kick and the referee only added 1 minute! It’s disappointing but it happens.

Is the Mahoney goal an early contender for goal of the season?

It was a cracking strike! We have scored some great goals already this season but that one is at the top.

It’s been mentioned on social media about the lack of height in the team, some saying that it could have affected the Whitstable/Lordswood results. Is this a concern for you?

Yes it is, I think it’s a valid point. It’s difficult to replace someone like Ralphy and if we did get someone of Ralphs quality then you’ve got the difficulty of balancing the squad. But losing key players affects clubs at all levels.

Young Darren Cooper’s debut caught the attention of the supporters, is he with us for the season?

Tomorrow we enter the FA Vase hosting Loxwood. What do you know about Loxwood?

Not a lot to be honest but they come from the same league Chichester who we played last season so I am expecting a tough game.

Who is missing for tomorrow’s game?

Ian and George (Batten) are best men at a wedding.

Tomorrow will give a few players who have been on the bench recently a chance to show what they can do.

He’s got a scan but he is still out with his groin – he will be out for a while.

Rob Saunders has been given the captains armband even when Ian has been selected, is that a permanent switch?

I didn’t want to keep switching the armband between the two as I knew Ian was unavailable but it’s under review.

Do you read Robbo’s View?

Would you welcome him to give a guest team talk?

Definitely one for the Christmas party!

Thanks Ernie – I will catch up with you later in the week ahead of the Chatham game.
Mike Wood 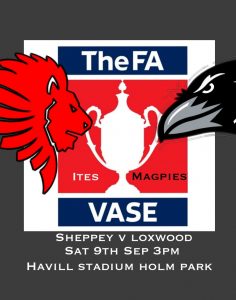